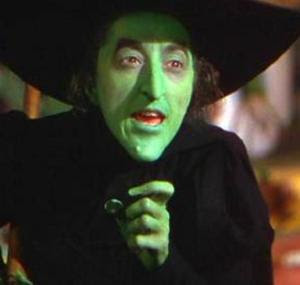 Have you ever felt that the judge in your case was not treating you or your attorney fairly, especially when the facts of bankster fraud were clear? Or when you have shown the judge a fabricated assignment of mortgage and an obviously fake endorsement on your so-called note? When you walk into the courtroom does your stomach sink and you imagine you hear a faint theme from the wicked witch of the west in the Wizard of Oz?
In a small Kentucky county, a homeowner just like you encountered the unthinkable – proof that his judge was prejudice and even worse – the judge was assisting the opposing counsel for the bank in a plot against him.

It is one thing for a judge to own stock in the company that you are opposing and fails to recuse himself from your case; but when a judge actually conspires with the opposition to your detriment and eventual loss – well, reprehensible doesn’t quite cover it.
What makes this impropriety so particularly heinous is the blatant stupidity of how the action occurred. In small towns across the country many times judges will sit on the bench in several counties. In this case, the judge was on the bench in a neighboring county when she had ex parte communication with the opposing counsel plotting against the homeowner and the conversation was caught on video tape still running in the court room!  MORE
Posted by Melinda Pillsbury-Foster at 2:55 PM