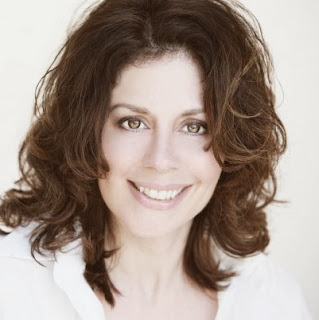 Well at this point it’s pretty common knowledge that all the bloated banksters in the cartel are literally sucking the soul out of us, homeowner by homeowner, house by house, city by city, state by state. Puffing themselves up like the Pillsbury Doughboy that ate Godzilla and Manhattan. Picking their teeth with our land records.

So where are the Attorneys General? Where is that, oh geez, what was it called again? Oh yeah, The Mortgage Fraud Task Force. What ever happened to that? Maybe Jamie Dimon bought it for his daughter and commemorated it into a nice little holiday snow globe for his 2013 holiday party give away bags.

In California we have the oh so special California Homeowner Bill of Rights. AG Kamala Harris beamed, eyes glistening at the signing of that photo op behind Gov Jerry Brown, as if she’d just handed over the mega lottery loot to a homeless family of twelve. Kamala Harris is always camera ready, always ready for her next sound bite on CNN or PR release in front of the state flag. Her career path looks promising, maybe the Supreme Court, DOJ or Governor. But try to engage her in anything that actually has any real teeth to it, like say for example, millions of Californians losing their homes to Fraudclosure, neighborhoods being decimated by empty homes and neglected properties, a second tsunami of fraudclosures looming, and she’ll block you from her Facebook page. The Homeowner “Bill of Rights” offers Californians false hope of surviving the Homeowner Hunger Games. New rules and all that. It’s like telling Tony Soprano’s men that they can’t whack you while Pauly Walnuts is still raping you. Wait your turn.

But I digress. Where does a homeowner actually get anyone to really hear them out? To fully understand the soul sucking misery that we find ourselves in when trying to work with these mega banks that are on robotic search and destroy mode? Who really understands the complexities? The anguish and the insanity of the matrix we are placed in when following the “rules” in place to try to save what is ours in these unprecedented times; Our homes. Our investment. Our legal rights in a complex bloody labyrinth of red tape and manufactured BS.
We try our congressional office, they smile and nod with compassion and knowing. Tsk tsk sigh. They act as if they’ll try their best to intervene on our behalf, set you up with a special Single Point Of Contact (aka SPOC) in the “executive offices” that have a little more accountability since it’s a US Congressional office letterhead and all. Sorta put more time constraints on Pauly Walnuts to respond to our requests and the infinite supply of paperwork we fax, mail, Fed Ex and produce time after time after time after time after time.

We have turned into a paper producing incoherent human copy machine, holding the tiniest pessimistic optimism somewhere in the back of our minds that this time we have a “complete package” with every T crossed. We have become wild eyed Vegas strip junkies gambling the entire nest egg at this point. Come on baby, ten times is the charm. I’m due damn it I’m due. Alright one more time….  MORE
Posted by Melinda Pillsbury-Foster at 12:09 AM