From: US Supra Business Advisor

2/11/2014  by Barry Fagan
Superior Court judge George Bowden ruled that Bank of America's actions had been "unfair and deceptive" and voided the foreclosure.

Judge George N. Bowden of the Superior Court in Washington State ruled against Bank of America (BoA) in a foreclosure battle that ended with the nonjudicial foreclosure sale under the Deed of Trust Act (DTA). Bowden acknowledged that this case was like most; “convoluted in the minefield” that is the Mortgage Electronic Registration System (MERS) system. Bradburn, the homeowner, was told by BoA “that he should stop making his mortgage payments so that he could qualify for refinancing.”

BoA ensured that this homeowner was in default of the mortgage by promising to refinance; then initiated litigation against the homeowner to retrieve the property for failure by Bradburn to remain current on his payments.

Bowden pointed out that the DTA “seems to contemplate a borrower and a lender with an independent trustee having the power to foreclose on the deed of trust in the event of default by the borrower. The lender would normally hold the underlying note and be the beneficiary of it. Here matters have been complicated by the sale of the underlying note from HomeStar Lending to Countrywide, which was later acquired by [BoA].”

This is another major victory against the unethical and illegal foreclosures industry that has left millions of Americans homeless. It's also a strike against the widespread practice of having companies that have an incentive to foreclose act as the "trustee" on the home—in this case it was ReconTrust, which itself is a subsidiary of Bank of America. They're supposed to be neutral under state law.
Posted by Melinda Pillsbury-Foster at 5:37 PM No comments:

First Page, others at link.

Posted by Melinda Pillsbury-Foster at 7:01 AM No comments:

A Bankruptcy Nightmare – “This story is Just Crazy!” 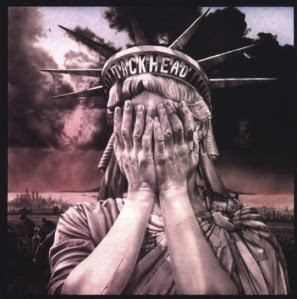 Just when you think you've heard it all - and it just couldn't get any worse than the last case... Well, in all honesty the following shockingly sad story is true - but if you have high blood pressure or a weak stomach for incompetent attorneys, or judicial conspiracy - you may not want to read or listen to it right before you go to bed because it contains facts and rulings that some readers and lawmakers may find disturbing.
Let's start first with the disclaimer that not all attorneys or judges are created equal. And as Honolulu foreclosure defense attorney Gary Dubin puts it - "this story is just crazy" - it is morally bankrupt from top to bottom. This is a saga about a homeowner that was not in default, was sued in a falsified foreclosure action, the bank admitted it made mistakes, the homeowner retained attorneys that filed the homeowner in a Chapter 7 bankruptcy (liquidation) when she had no debt (apparently not the best move?) - (BTW the link to Bar Grievances in on the DC front page right hand sidebar) - and the judges in both the bankruptcy and circuit courts ignored the fraud filed in their courts and ruled against the homeowner.
Read more of this post
Posted by Melinda Pillsbury-Foster at 11:20 PM No comments:

Bank of NY Mellon must face lawsuit on Countrywide

By Jonathan Stempel
(Reuters) - A federal judge rejected Bank of New York Mellon Corp's bid to dismiss a lawsuit by investors over its role as trustee for mortgage-backed securities that led to an $8.5 billion settlement by Bank of America Corp.
U.S. District Judge William Pauley in Manhattan said on Tuesday that bondholders who invested in 26 trusts alleged to have contained risky mortgage loans from the former Countrywide Financial Corp may pursue claims against Bank of New York Mellon. He dismissed a variety of other claims.
The decision relates to a lawsuit challenging Bank of New York Mellon's performance of its day-to-day obligations as a trustee, which includes ensuring that underlying home loans are properly documented and that bondholders' rights are protected.
Beth Kaswan, a lawyer for four pension funds in Chicago, Michigan and Pennsylvania that brought the case, said the decision leaves intact claims over securities backed by more than $30 billion of loans, and which have suffered more than $9 billion of losses or delinquencies.
She said she believes the decision is the first to let investors in mortgage-backed securities pursue claims against a trustee under the 1939 federal Trust Indenture Act.
"The decision is a watershed," Kaswan said.
Kevin Heine, a spokesman for Bank of New York Mellon, said the company was pleased that the court narrowed the issues to be considered and removed the vast majority of trusts from the suit. "We respectfully disagree with ruling's application of the Trust Indenture Act to non-indenture securitizations and will continue to defend against those claims," he said.  MORE
Posted by Melinda Pillsbury-Foster at 11:20 PM No comments: